Several years ago, when I was working for a Gold & Silver exploration company I had the great opportunity to travel to the ‘hands on’ portion of the company in the little community of Stewart BC. I had worked for the company for about a year in Marketing. It was my responsibility to attend all of the investment trade shows and promote the company stock. Don’t kid yourself, it was hard work attending these shows… because of what it took for us to be unsurpassed and best represented at all of the shows that we attended.

We would arrive at least an hour or two before anyone of the other attendees to begin the set up of our video wall and always left an hour or so after everyone else as well. Nine huge monitors on a metal frame, cases of videos, a heavy hard drive to run it….and a computer backup. It was flashy, impressive and a far cry from the wrinkled maps taped to the backdrops of our 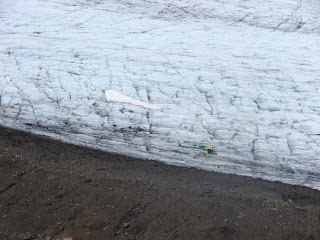 The rise from $.90 cents to $2.65 was an exciting and fast paced climb. Encase you are keeping track, that was a $110,000,000 market cap! Yes things were going good. Raising money was easy…raising big money was easier! With a great story, good properties and a management team that appeared to be able to take the company into production, everything seemed to be going well.

My schedule was hectic to say the least… but I was loving what I did. I believed in the product, and I was most successful in sharing the vision with amazing people with deep pockets. Countless trips to Vancouver, Calgary and Toronto, then Chicago, New Orleans, and NYC; I enjoyed the travel, but my favorite thing was meeting the new people and hearing about their experiences. I still remain friends with some of the top analysts & investors in the world.

I was of the understanding because of my perspective… that marketing was the most important part of the company… that childish belief soon changed when I had the opportunity to put on my boots on the ground and embrace the possibility from a hands on perspective. The entire marketing department (all 3 of us) flew to northern BC to help out the field crew and see firsthand what it was that we were promoting. My eyes were opened with understanding when we flew to the mountain property in the helicopter. 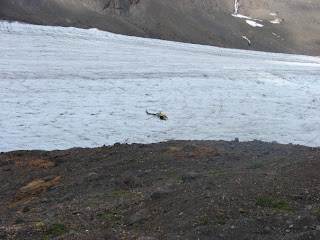 Seeing with my own eyes, where all of the “flow through” money was being spent helped me to understand how when the field crew did their job successfully and efficiently … it made my job easier. I cut meters and meters of core, hiked the amazing glaciers and was filthy from head to toe when I bailed out the gray water to make the showers work better for all of the hard working people on site. With dirt under my beautiful nails, I jumped in and did everything that I could to help out, so that we could wrap up the drill season before the snow began to fall. I even rigged helicopter loads and gave tours to potential investors and an analyst friend of mine who popped by to write us up. (Popping by means a lot there… because the only way to drop in..was by Helicopter!)

When I was not riding in helicopters or sleeping in a tent on the side of the mountain, I was flown out to the closest community of Stewart BC. Stewart is a gold town gone bust… because of the narrow focus and rigged ways of understanding. Many years earlier in Canada’s most northerly ice free port of Stewart, cruise ships were met by picketers in an angry mob… because instead of having the perspective of OPPORTUNITY…they saw invaders. Times were changing, for the locals of Stewart! They had the choice to embrace the change…and positively make loads of money on tourism or hold firm to their limiting beliefs that ‘outsiders’ would infect the community. Even the breath taking scenery was not enough to captivate the cruise line company…when faced with the local mob. So the cruise ships …and opportunity sailed back out to the Ocean of possibilities. 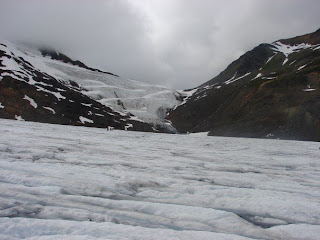 Despite efforts disease did set in and almost killed the small town of Stewart. Since their belief was so narrow minded and limiting, they missed out on an amazing opportunity. Stewart became a near ghost town, because of the death grip that the locals had on themselves.

Change is always constant… the more WE resist… the more it persists. With our consent or not… change is inevitable. With this in mind, would it not be much more effective to focus and direct the change… instead of it becoming a victim to it? Why not have the attitude of embracing the possibility to guide and support the change in a positive manner that will benefit all parties…rather than being steam rolled by change that is coming anyways.

Our Valley, is on the verge of tremendous opportunities. The magnitude of these opportunities has the possibility to be guided and supported by the Valley. So weather you have the perspective of the “Damn Invaders” are coming in taking over our community…. or one of Opportunity and potential to make loads of money ‘Serving your way to Success’… is really up to you.

My perspective is one of excitement and possibilities. It is my choice how I perceive, receive and respond… it is also up to me to determine what “Opinion” I listen to! Throughout history, there has always been countless numbers of people who choose to criticize and give limitless reasons why an idea, event, or business will not succeed… however, it is those people who decided to do it anyways and succeeded that I choose to listen to. It is in the focus on how to win a race that the driver crosses the finish line… not on focusing on the reasons why wining is not possible. It is easy to sit back and criticize, however it takes courage, skill and passion to stand up and create solutions.

So, I ask you, are you joining me in the Valley of Possibilities… or are you making a banner to stop your ship from coming in?

****** I have hit the Facebook Friend Limit of 5000 friends. It would be great to connect & learn more about YOU so I invite you link with me here: http://www.facebook.com/pages/Marcia-Johnson/108904942429 on my facebook page. I have created about 30 groups, Ten pages & applications so I have a lot to share with you, I will do my very best to Inspire and Motivate YOU to live your full potential. Thank YOU…
Feel free to share with me, more about YOU!

Mojo: Not Just for Austin Powers

Eco Ways To Romance Your Partner

The Miracle of Divine Forgiveness

I am present in this moment.

Laughter is the Language of the World