Robin Medicine: Bravery(?) has its Rewards! 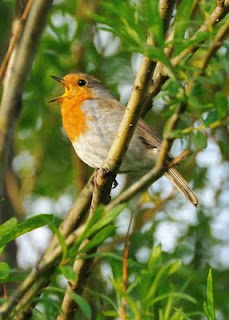 Sha-moose and I have been busking on the Royal Mile (Edinburgh, Scotland) the last couple of days. I wanted to share with you how incredibly rewarding it’s been by relating one of the experiences I was blessed with…

I have to say that I was a little nervous about busking to begin with. Actually (who am I trying to kid?), I had some altogether serious butterflies in my belly. I did try my best to be grateful for them, though; after all, they are symbolic of a beautiful transformation to come!

I had set up with a chair, a puppet, and a sign that reads “Ask Sha-moose… for a vision of clarity”. I put a couple of ‘suggestion’ questions (that people often ask) up, too: “Will I find True Love?”, and “What’s my animal Power?”

As Sha-moose was amusing me between vision quest requests (you can read that as: doing his best to keep me from ‘chucking butterflies’), I noticed a group of teenage boys at the edge of my vision who seemed to have been watching me/us for a while. They came up as a group and one of them asked (I might have imagined it, but he seemed to be asking kind of smugly), “So… What’s the meaning of Life?”

I said that I could tell him what the meaning of life might be for him (in hindsight, I’m ever so grateful that he decided to follow through). He waited for me to continue. (Sha-moose) said to him that he’d seek a vision, and added (as he often does) that it helps to hear the voice of the person that he’s visioning for; he’d receive a vision regardless, but it can take longer otherwise. He asked the boy if he’d mind singing, and – without waiting for a reply – put the feather over his Moosey puppet eyes and got into it. Again, perhaps my imagination, but it seemed to me that – since he’d been (bolstered) to take it this far – the young man wouldn’t want it to seem that he was backing down now.

He sang. And I can’t begin to tell you how beautiful I found it. I was so overwhelmed that I lost all thought. I couldn’t even remember what song it was, although I was sure I’d heard it before – a love song that included the name “Cynthia” (I think).

Immediately, I saw a vision of a Robin. After just a couple of lines into his song, Sha-moose interrupted and started extolling Robin’s Medicine. Robin is the first bird to sing in the morning. Robin’s red breast is the colour of the rising sun. By being the first to express his true self, he calls forth the dawn. He’s a solitary singer; he doesn’t need to convince anyone else.

Robin sings. That’s what it does, what it is. Robin’s song is Robin; it’s his nature, just as much as his feathers and (even) his perch are. Just by doing, by singing his/her own unique song, he’s available for others to see as an example, and be encouraged by his Be-ing to express what it is their own souls are calling for them to express. The colour of the dawn is on his chest. The colour of the dawn is the colour of the new self that is You, constantly being (re)born, calling you to Be. Creative expression is you. The new dawn, the sun and its power, the New Self, is you!

Although I wasn’t looking directly at him, I could tell how moved he was (I certainly was), and I could tell, as well, how moved his friends were by what had transpired.

While the boy might have been coerced(?) into his actions out of a sense of bravado, the rewards were great. Not only was he himself inspired, but his friends were undoubtably inspired as well; and what’s more important to a teenager than his/her friends? It’s the early bird – getting past the idea of what a worm looks like (read as: being hampered by feelings of insignificance, playing small) – that receives the nourishment. I believe that, if any of us refuses to express the creative Truth that we are, we’ll be presented with an opportunity, one way or another. Being ‘inspired’ to go out busking, forced me past my own reservations about looking the Fool, for instance. As I can wholeheartedly attest to, you won’t be disappointed that you did; they feel like butterflies, and they do come out that way, too!

I’m always very appreciative when I get to thank someone for sharing their medicine with me, but this exchange hit a particularly high note!

Big Medicine Love to You!!

(As ever, if you feel that you’d like some help expressing your own Truth, I’d be more than delighted to share medicine with You!)

Life After Dad with Serena Dyer

READ: Forgiving for a Living by Lauren G

Tiger-Tiger, Is It True? by Byron Katie, Hans Wilhelm Asking for help- it adds a lot.